Although Leonard Consultancy is based in Northern Ireland, we are insured and regularly practice training and consultancy worldwide. 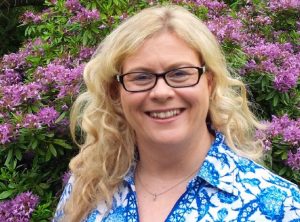 Marcella Leonard, Director of Leonard Consultancy has 30 years’ experience in the areas of psychosexual therapy, child and public protection. Her expertise are known nationally and internationally and her opinion sought both at strategic and operational levels in many organisations and countries. As a social worker, she has recently held the Chair of the Northern Ireland Association of Social Workers and is a Director of the British Association of Social Workers.
Marcella is a highly-regarded trainer in assisting practitioners in their work in assessing and managing sexual and violent risk to children.
Marcella is a regular contributor on local and national media outlets on the topics of child protection and managing public risk

Leonard Consultancy has a team of associates with expert knowledge within the areas of criminal justice, health, social services, sports, educational, religious and academia. The associates undertake assessments of sexual risk and violence within child and public protection, deliver bespoke interventions for both victims and perpetrators, provide consultancy to practitioners, assist organisations in their strategic plans for child and public protection, deliver training bespoke to organisational need as well as undertake independent serious case reviews to enhance professional learning

Child Protection Trainer of the Year 2019 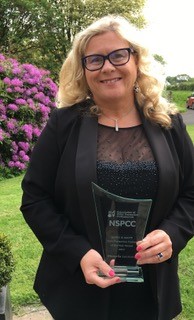 TRAINING
Leonard Consultancy and Associates believes in the importance of training in empowering practitioners to enhance their skills in working within the complexity of child and public protection. All training is designed specifically for the target audience to ensure the best learning outcomes are achieved CLICK HERE to view our Training Courses


CONSULTANCY
Leonard Consultancy and Associates provide consultancy for individual practitioners and organisations in their clinical practice as well as developing strategic approaches to child and public protection and safeguarding. All consultancy is designed and agreed on an individual identified need.


PRACTICE
Marcella and the team of Associates accept referrals for a range of practice which includes:

Delivering practice, training and consultancy throughout the UK, Ireland and Internationally presenting workshop on risk assessment with the Church of England Carol is an independent social work consultant and trainer and has over 30 years’ experience in the management and delivery of children’s social care, including at a senior management level as the Head of Safeguarding Children. She has worked in voluntary, residential and field social work and within the Education sector. She has experience of assessment and direct work with children and young people who display sexually problematic/harmful behaviours and in supporting staff who work with these children.
Carol is one of the AIM project associates.She is a published author with a national reputation and has written guidelines on understanding and managing sexually problematic/harmful behaviours in education, foster care and residential settings and for staff involved in working with children under 12 years old and their families. Carol has delivered bespoke training to range of multiagency professionals in child protection both nationally and internationally. Duncan has 30 years’ experience as a Suffolk Police Officer specialising for 17 years in child and public protection, including leading child abuse investigations, Child Sexual Exploitation and sex offender management. He worked at a National level within Her Majesty’s Inspectorate Constabularies designing and conducting reviews into child sexual exploitation. He was then appointed as the National Police Lead for the Multi Agency Public Protection Arrangements (MAPPA) for England and Wales, responsible for the strategic policy, expert advice and quality assurance of Serious Case Reviews. In this role Duncan led the coordination of the implementation of the new national Police sex offender risk management framework known as ARMS. Since leaving the Police, Duncan works independently with religious, charitable, educational, and sports organisations to improve their safeguarding arrangements. This includes taking interim safeguarding positions in organisations to assist them in periods of staff changes. He is a national and international trainer in safeguarding, sex and violent offender management and risk assessments (Risk Matrix 2000 and Active Risk Management System). He is trustee of Circles UK a charity coordinating small groups of volunteers to manage sex offenders in the community and an AIM Associate Sam has 30 years’ experience as a police officer investigating general crime, child abuse and adult sexual offending, in partnership with social services. He is a qualified and experienced child protection trainer; with over 8 years’ experience designing, developing and delivering multi-agency training to police and other agencies. He has completed a Postgraduate Certificate in Behavioural Forensic Psychology and provides bespoke training for multiagency professionals in understanding modus operandi of sexual and violent offenders. Sam has developed expertise in forensic interviewing of children and vulnerable adult victims of abuse as well as witnesses and suspects in abuse investigations. Sam’s specialist knowledge and expertise assists in informing range of multiagency forums including ACPO Child Protection and Effective Practice subgroup, committee member of NOTA NI conference and training committee. Sam has delivered training nationally and internationally in child and adult protection Robin Jordan is a CPsychol., Registered Psychologist who has extensive experience working with adults and young people within secure settings, as well as in the community. This includes working with clients who present with a range of mental health needs (including severe and enduring mental illness and personality disorder). He has over fifteen years’ experience conducting comprehensive psychological assessments (risk and need) and preparing reports for various purposes. He is experienced in assessing a range of issues including interpersonal violence (domestic, sexual and otherwise), anger management, self-harm, substance misuse, personality disorder and mental health, fire-setting and sexually harmful behaviour in young people. He has also undertaken assessments in relation to partners’ ability to protect. Mr Jordan is also experienced in the planning, delivery and evaluation of therapy on both an individual and group basis Orlaith Mc Gibbon is an independent social worker with over 25 years experience in juvenile justice and child protection services both as a practitioner and as a senior manager within the Youth Justice Agency (YJA) where she held portfolios for both operational delivery and policy.
Within this role she was the recipient of the Royal College of Speech and Language Therapists 'Giving Voice' National Award in recognition of her work in designing and delivering a screening tool to assess the speech, language and communication needs of young people in the criminal justice system. This remains in use within Youth Justice Services across the UK.
As Policy lead for the YJA Orlaith was also the recipient of The Northern Ireland Children and Young People’s Commissioner Award in recognition of the YJA effectively engaging with young people in the development of policy.
Since 2015 Orlaith has mostly been working internationally in reviewing and revising Youth Justice provision across the world. This has also involved her in the development and delivery of services for young people at risk from sexual or domestic violence.
As a Senior Manager with Aviva Sexual and Family Violence Services in Christchurch, New Zealand Orlaith developed in conjunction with the New Zealand government the country’s first regional Intensive Case Management approach to family violence. As part of this national approach Orlaith also designed and delivered a systemic model of response to family violence.

From 2016 Orlaith has been commissioned within various jurisdictions throughout the Middle East, Africa and Eastern Europe to revise their respective safeguarding and youth justice provision. This has seen her work with government agencies in Bahrain, Oman, Turkey, Kosovo, Serbia, Montenegro, Albania and Egypt in providing assessments, interventions, consultation and training to children’s services, the courts, psychology, prison police and probation agencies.

From 2017 Orlaith has been commissioned to review and develop the capabilities of all the key stakeholders within the Sultanate of Oman who hold statutory responsibilities to satisfy the Omani government’s international obligations in the protection of children, the reduction of children’s imprisonment and the enhancement children’s rights to live in safe family and community environments.
A trained restorative practices facilitator Orlaith is a Director of the Association of Panel Members for England and Wales which advocates community led restorative justice to support young people who offend to remain in the community. She is also an associate trainer for Onus (NI) which provides specialist training and consultancy services on domestic violence and abuse.

Gareth Mc Gibbon is a Northern Ireland registered social worker with over 18 years’ experience in the fields of sexual abuse, family violence and child protection. Formerly an Area Manager with the Probation Board for Northern Ireland (PBNI) he held operational responsibility for the management and delivery of all sex offender interventions delivered within Northern Ireland by PBNI.
As a Chair of the Public Protection Arrangements of Northern Ireland he also held responsibility for the assessment and coordinated risk management of registered sex offenders both in custody and the community.
Gareth now works as an Independent Consultant. His experience within the criminal justice system in the areas of public protection, safeguarding and programmes of intervention is employed locally, nationally and internationally. He offers training, practice and consultancy services to criminal justice, child protection, religious, social care organisations and academic institutions.
As an evidenced based practitioner Gareth is committed to best practice principles. He has undertaken and produced research on the effectiveness of interventions with those who download child sexual abuse imagery and young people who exhibit harmful sexual behaviours.
He has also published programmes of intervention for adults, young people and the carer’s of children at risk from sexual abuse. In conjunction with Leonard Consultancy he has designed and is currently piloting the CASP (Capacity & Ability to Supervise and Protect) an actuarial tool to inform decision making regarding a proposed carer’s capacity, ability to protect and supervise a child from sexual abuse.
Between 2015 and 2017 as an invited international consultant to New Zealand he conducted a revision of the assessment and intervention practices of the primary provider of sexual abuse services to the Department of Corrections and Ministry of Social Development in the South Island.
In this role he realised a two year vision and strategy for adult sex offender services. This seen the development of a number of revised programmes of intervention, the introduction of an evaluation framework model and the advancement of an electronic case management system. He also introduced national programme and treatment management standards for the delivery of adult assessment and treatment programmes.
Gareth continues to be actively involved in professional development and engagement through his roles with NIASW and NOTA (NI). Currently Ann is an associate trainer for Triangle Services (https://triangle.org.uk), and the NSPCC. She specialises in developing and delivering specialist child interview training including ‘How to Plan for interviews’ and ‘Responding Safely to Concerns’.

Clarke is a Consultant Psychiatrist who has 25 years’ experience specialising in assessment, treatment and management of adult mental health both in community and hospital settings. Clarke currently works as inpatient and community psychiatrist within the NHS in Northern Ireland. He has experience in the assessment of mental capacity and in providing assessment on parental mental health and its impact on parenting and ability to protect the child from harm. He has previously worked in psychiatry New Zealand.

With a team of highly experienced and qualified professionals who individually are delivering practice, training and consultancy throughout the UK, Ireland and internationally